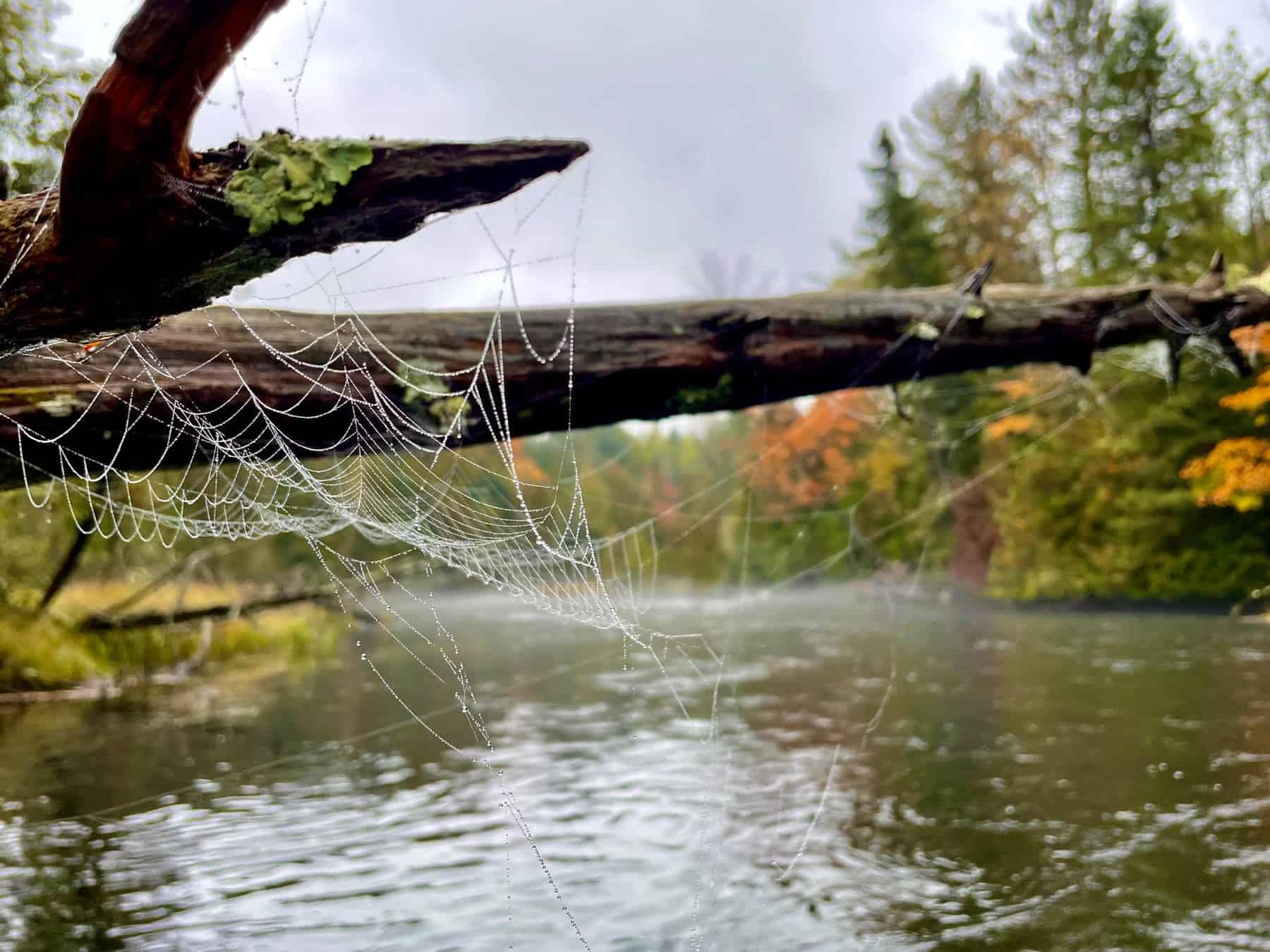 Even when a fall doesn’t feel quite right (like this one:  hot, stormy at times, inconsistent), the shorter days make for a panicked pursuit.   We got get it in — whatever it is.  Today, for me, it was a quick afternoon of nymph fishing through some familiar water.  The leaves were falling from the riverside trees, and twisting in the depths.  I snagged a few, the orange maples turning, for a second, into the cheek of a 20″ pre-spawn brown before fluttering from the water with a tippet spinning whirrrr as my heart rate dropped.  Anytime a submerged leaf turns into a trout (a turn toward a streamer, a deep flash) and fools the angler, it’s known as “leaf play”.  Jordan coined the phrase.  It serves as an explanation to a fellow angler.  “Fish?”  “Nope.  Leaf play.” 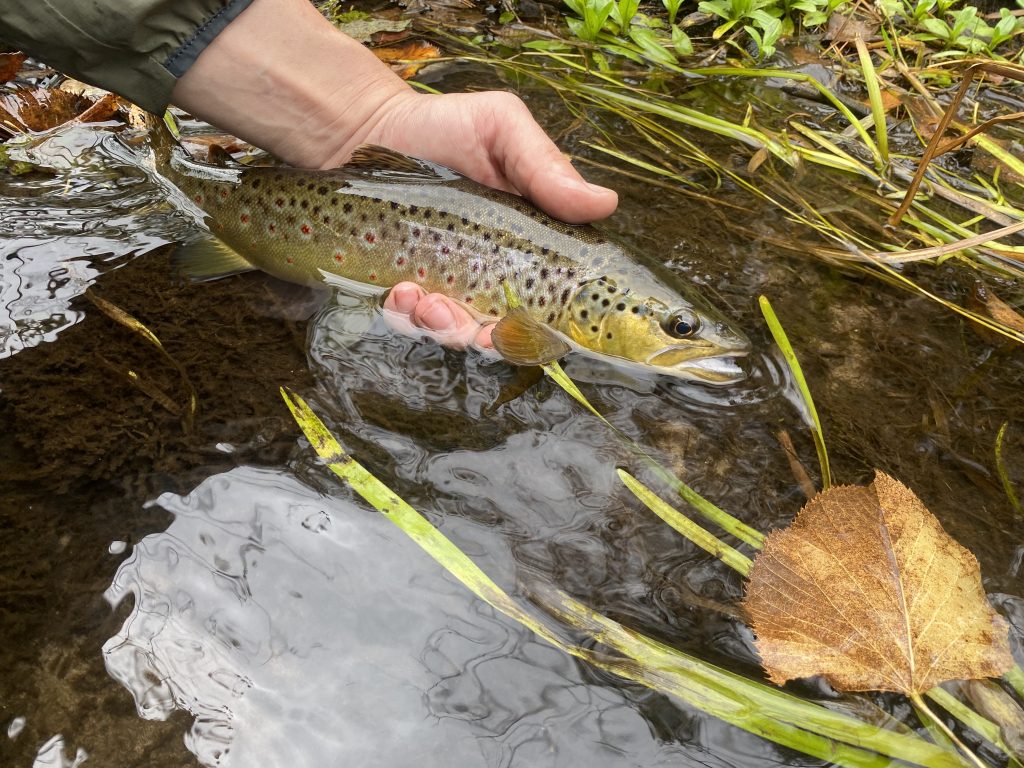 The trout today were busy in the middle of the river eating nymphs.  My first fish was cruising the sand and I sight fished it and caught it.  The rest were in the mid-river seams.  Not the deep water.  Not the winter pools.  More in the braids and the drops.  I tight-lined, but I think I would have done as well with a suspension rig.  The BWOs were trickling off when I got in, and were still trickling off when I left.  But I heard the fish were rising in the morning and probably again in the afternoon in the quiet water.  The nymph fishing has been pretty good.  The water temperatures are warm for this time of year.  The trout aren’t chasing too aggressively.  We’ve adjusted.  Blind fishing dries in the slower, shallower spreads, and fishing nymphs through the fast sections.  This is one of the more scenic times of year. 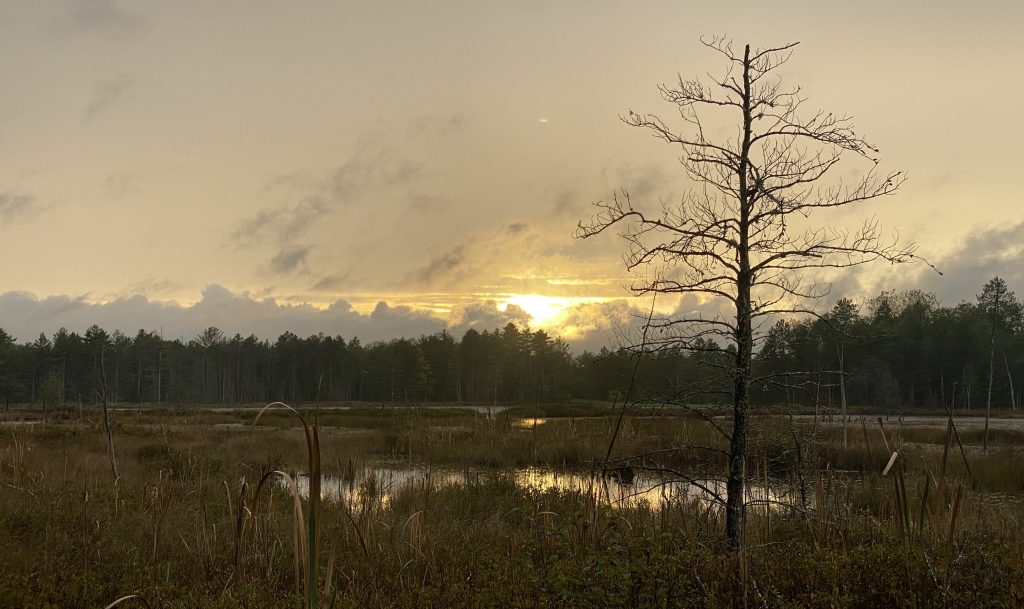 With the shorter days, and the “getting it in”, you just sort of get these snapshots of fall.   I look back through them and go man, fall is pretty fun.  Living it, though, reflects differently than it does in pictures.  I think it’s the sort of obsessiveness I get when there’s too much to do and not enough time to do it.  I see some folks that are staying at the lodge, sometimes a week or longer this time of year, and by the time they leave I know they are pretty worn out.  But, they get back home, and flip through their pics, or recall something cool, and that frantic trip for trout, or maybe grouse, or maybe both sort of organizes into what the trip really was, and not what it felt like, if that makes sense.  I know that happens to me. 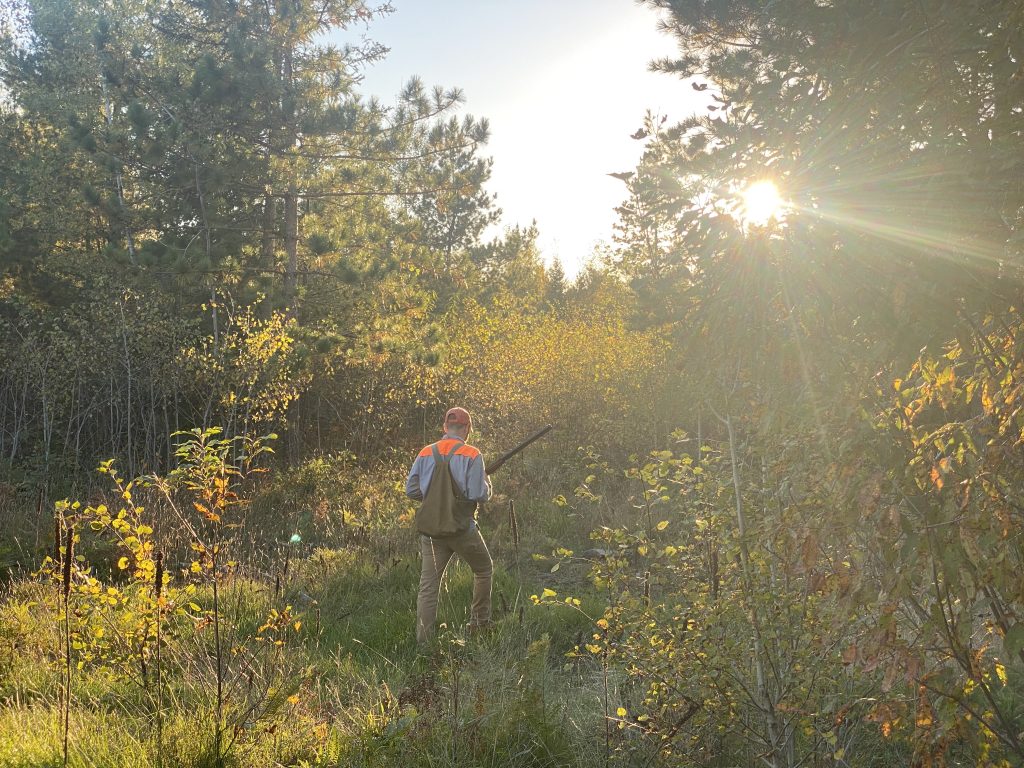 I’ve been craving that nymph fishing and so the next week sure looks perfect to spread out and do some of it.  Blow-Torch, Pearl Jam, and other tungsten-headed flies fished shallow on the creases and drops will catch fish.  This is delicate nymph fishing.  The water is clear and the fish are very exposed.  I’ve seen almost zero signs of spawning activity.  This is pre-spawn fishing.  The trout are healthy and sassy and we’ve found some pretty good fish sitting in some pretty sweet spots.

Sign up for our Fall Catalog: Loaded with gift ideas, fly tying debris, new gear, old favorites, and more.  If you received our spring catalog, or any of our other catalogs, you’re already on the list.  If you’re not on the list, and would like to be, email your mailing address to [email protected]

End of the Season:  We will be operating under “off-season rules” after we serve breakfast on October 31.