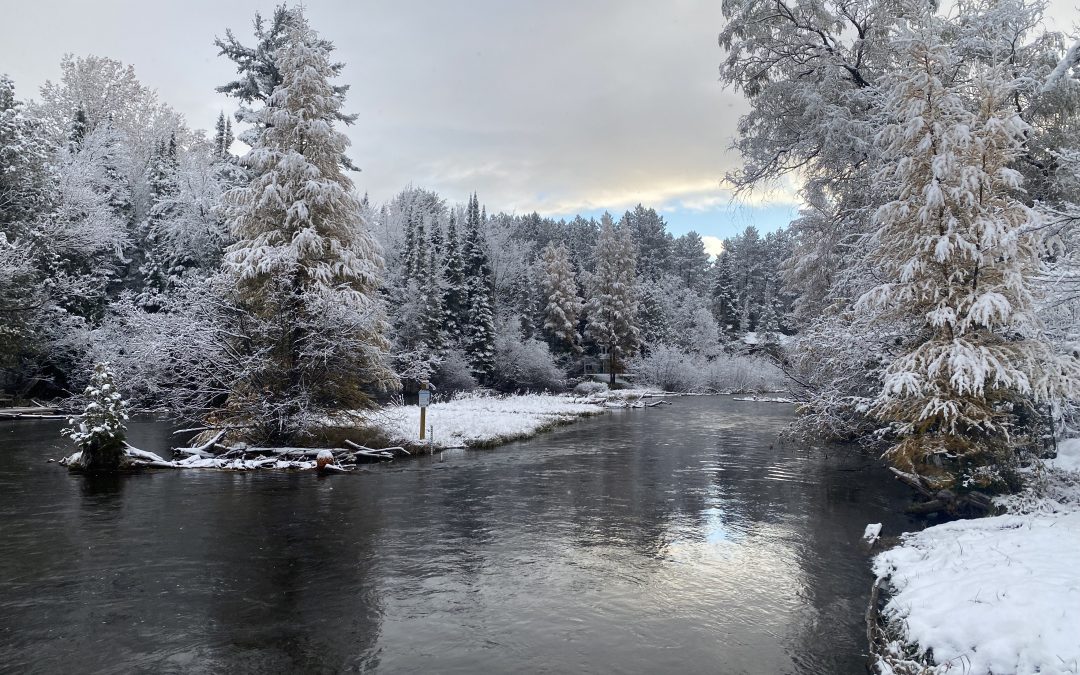 It’s been a pretty cool two weeks.  A lot of our trout have spawned, hopefully successfully, and many have dropped off the gravel.  There’ll be more spawning through the month of November but there should be plenty of trout in the deeper pools and soft water and far downriver.  Some of these trout can cover many miles in a day as they head to their wintering water.  Others just drop back ten feet to their resident log jam.  This is a good time of year to streamer and nymph fish, and it will continue right through the holidays, or whenever the first big deep freeze hits us. 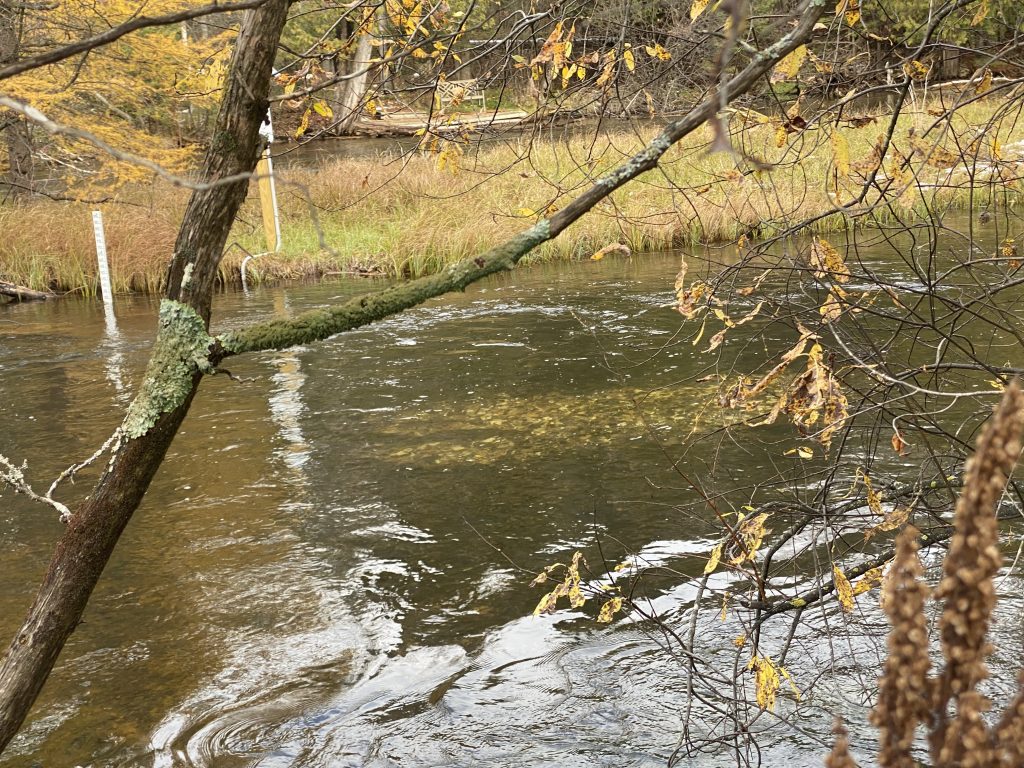 A big trout, a medium trout, and a small trout jockey for position at the head of a redd

I snuck out only once the last two weeks for a little nymph fishing.  I’d hoped to find some fish in the deep water but almost all the fish that I saw were busy spawning.  I did see one fish that wasn’t spawning — a very red-sided rainbow — which provided a ten-minute sight fish before it succumbed to an egg.  That was cool. 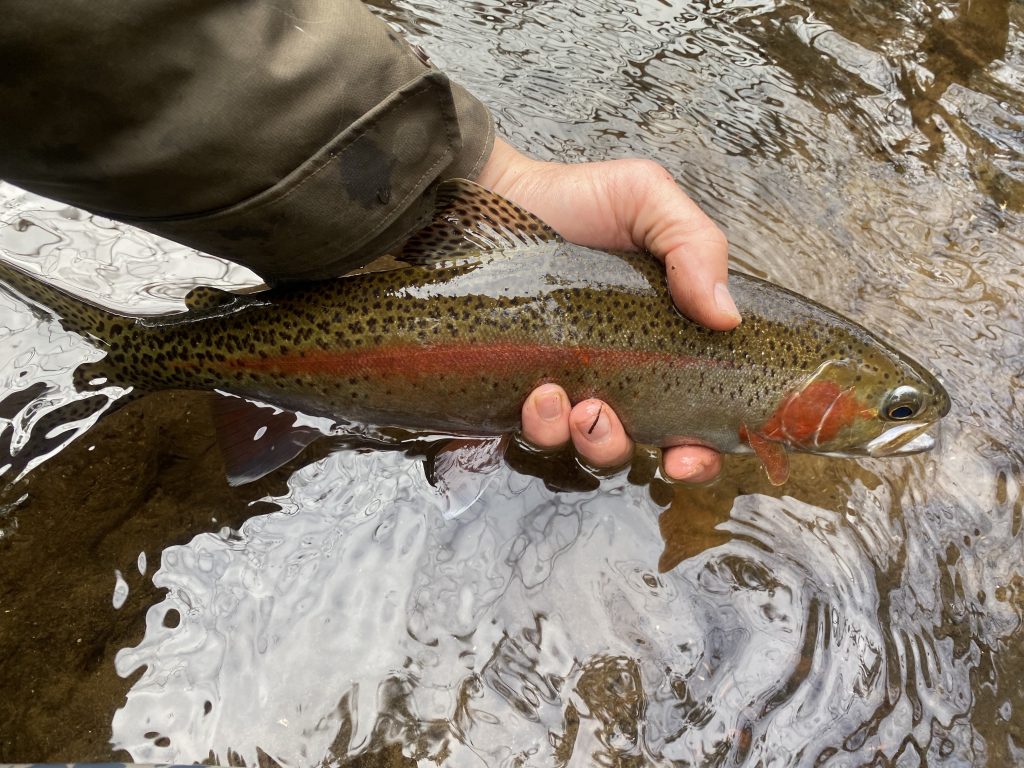 It’s been a very pleasant week on the river.  We’ve had everything from snow to sixty degrees, browns, brooks and rainbows, deer hunters, grouse hunters…there’s just a lot going on in the woods and on the water.  Denny, Kim and Jordan have been off on their secret muskie quest, with what seems to be a lot of success.  Most anglers the last few days have found some trout.  It’s a pretty simple time of year.  Nymphs (and/or eggs) fished on fine tippet through the seams and slow water, and black streamers, fished through the quiet water in the later afternoons.  As we move away from the spawn, anglers mixing in dirty yellows, browns, and even olive and white will do well.  This is one of the overlooked times of year to whip around a streamer.  Overlooked, I think, not because people don’t know about it, but there are just a lot of competing hobbies. 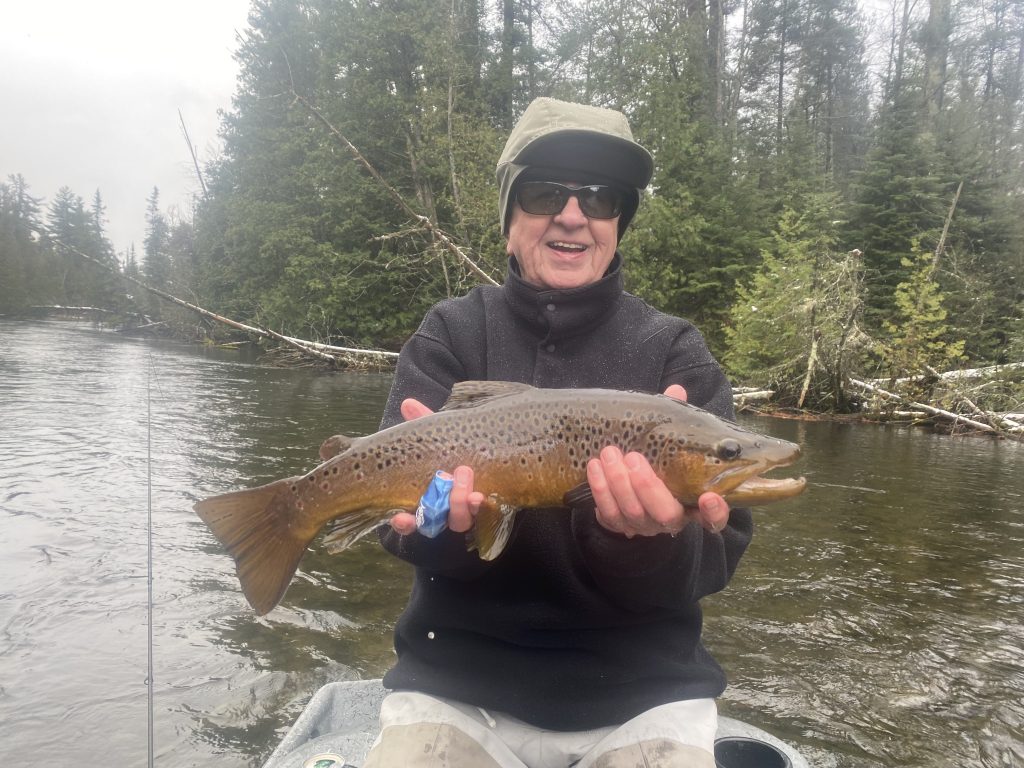 Our Holiday Catalog is at the printers and will be shipping out soon.  We will post the catalog online as well.  You can get a head start at www.gatesflyshop.com but we’ve got plenty to add before Thanksgiving.  We have rooms available through November and December and guides as well if you’d like to sneak in some off-season fishing before winter really hits.

Sign up for our Holiday Catalog: Loaded with gift ideas, fly tying debris, new gear, old favorites, and more.  If you received our spring catalog, or any of our other catalogs, you’re already on the list.  If you’re not on the list, and would like to be, email your mailing address to [email protected]

End of the Season:  We will be operating under “off-season rules” after we serve breakfast on October 31.  Rooms are $80/night, single or double, through Jan 1.  We offer half and 3/4 day guide trips in the winter. 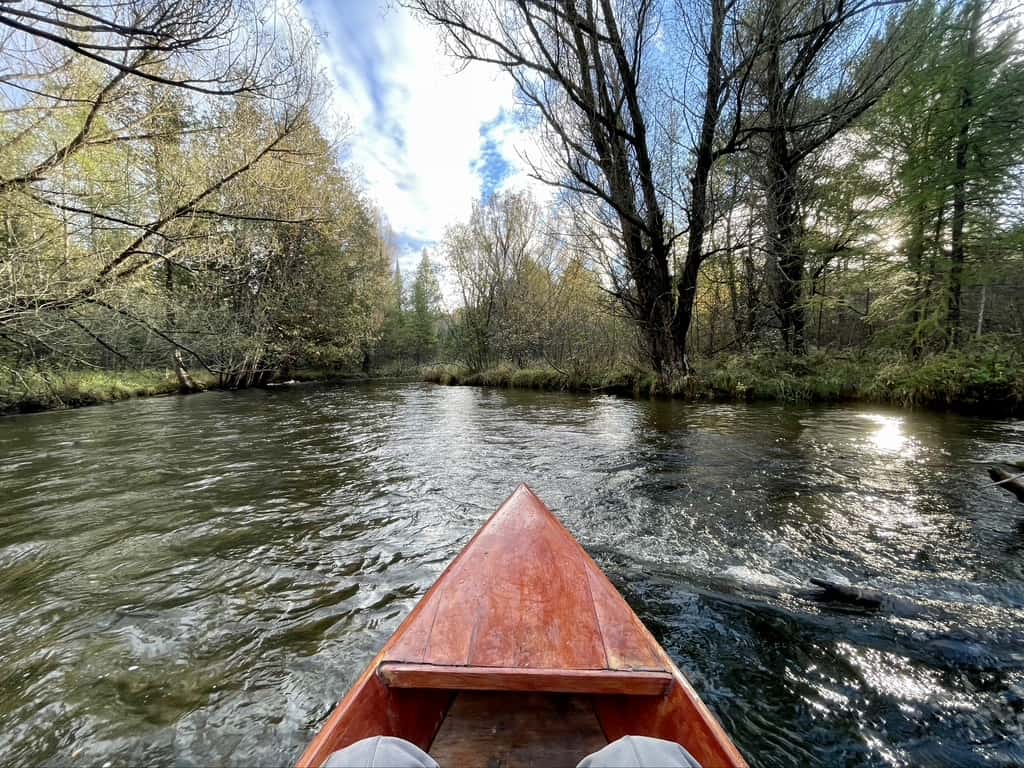