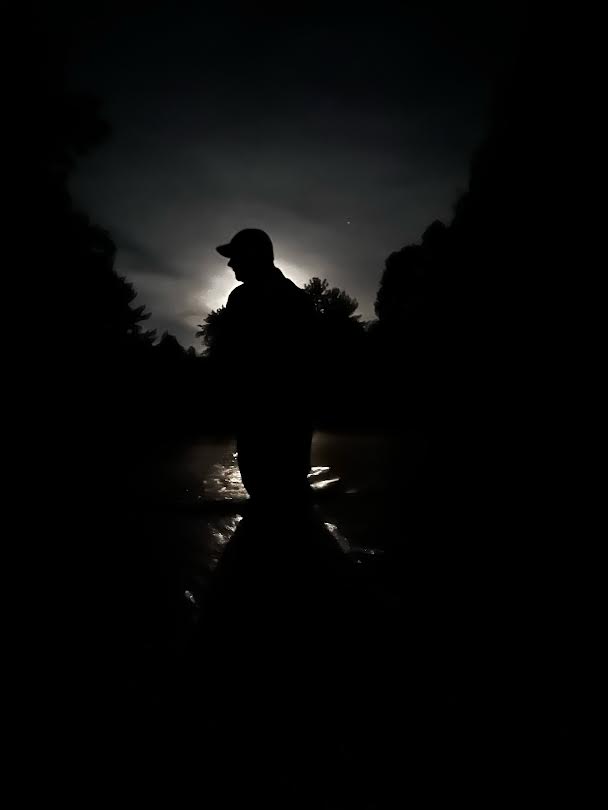 I’ve sat all over the Au Sable for the last five days, and I’m sure some reading this have too.  It’s been brutal.  The water temps crashed right after the hex began trickling through the system.  Many phone calls went something like, “water cool enough to hex fish?” to which I replied, “the water has been too cold for the hex to hatch!”  The hex is a warm water mayfly, and the low, spring-fed water we have in the system is recovering steeply from even the hot days.  The first night of hex hatchers was somewhere around June 16 in what I consider the “popular” water.  Since then, it has been diminishing returns.  Being a creature of habit, and more or less a foot soldier, I’ve been chasing them around the usual spots.  One night a little spinner drop provided some action.  Other nights, well, if it wasn’t for some good company by the river, or an evening of impeccable stars, or a firefly show reminiscent of southern Ohio, or what sounded like a terrific battle between a bear and a bird feeder, well…  I know deep down it’s worth it.  But we need a name for the phobia that describes the fear of leaving a muck bank too early, and missing the hex.  Whatever that phobia is ultimately named, it’s real, and I have it. 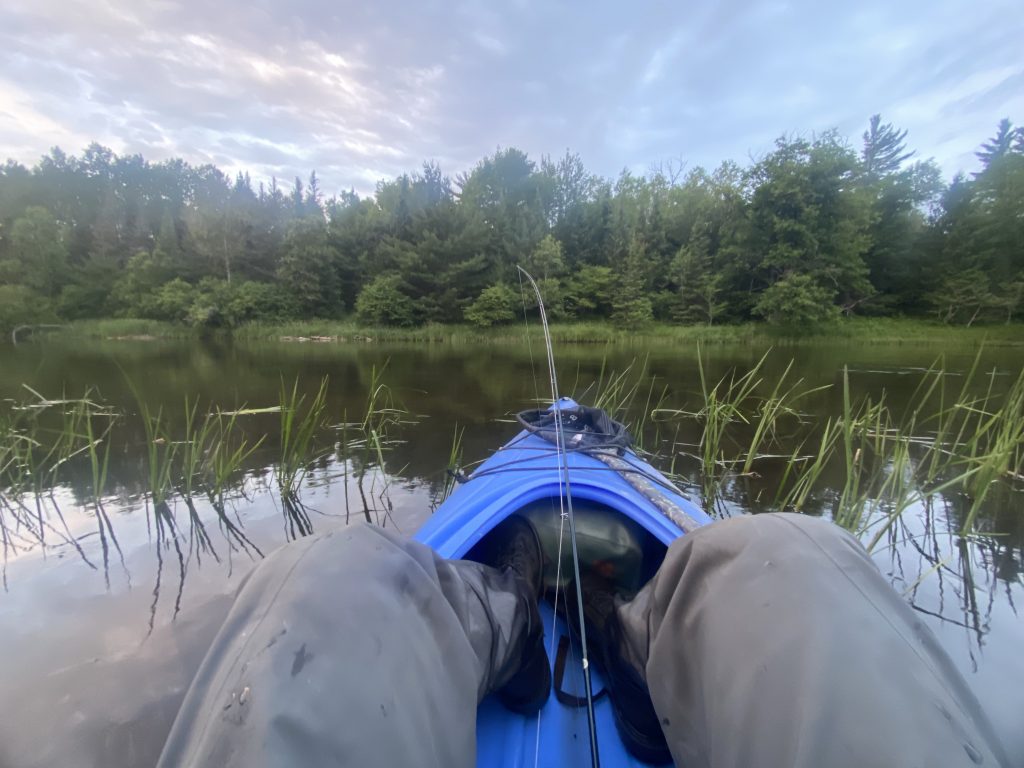 Also, slightly inside joke, but Rob has been here, and he has terrible fishing luck.  He left this morning, so the hex should hatch tonight.  This might sound silly, but it’s a true thing.  So I’m going fishing tonight, figuring the Rob theory is about as good as any I’ve heard. 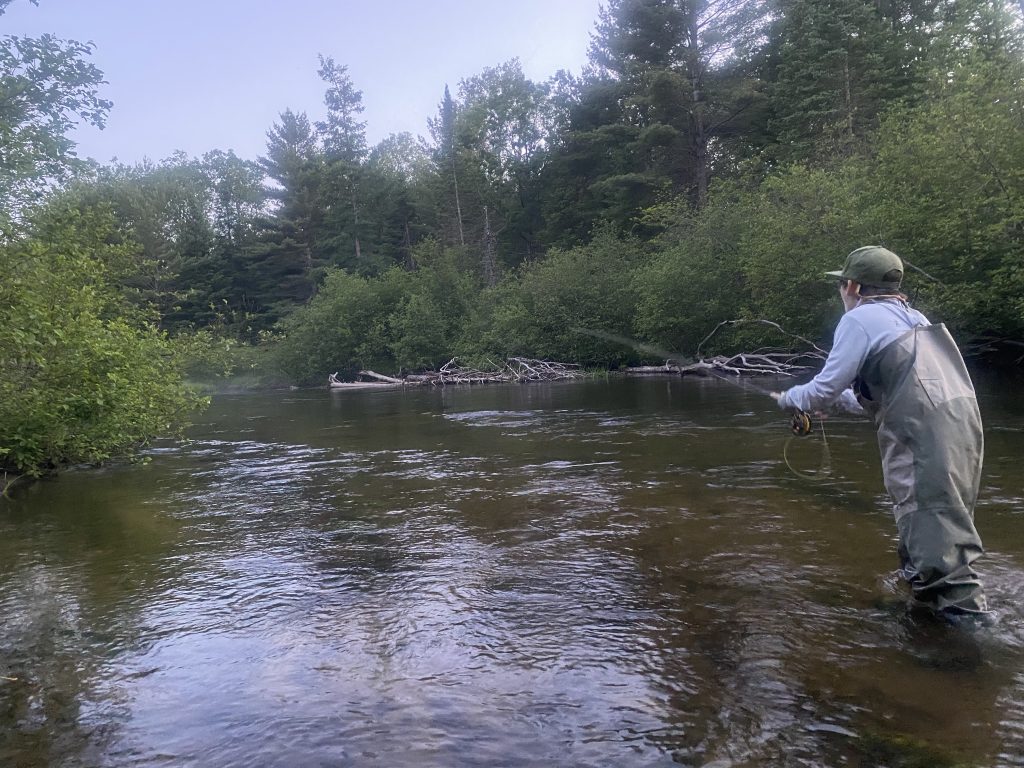 The hex will happen this year, later than  past years, and will extend right into July at this rate.  Most of the bugs are being found in the extreme upper and lower reaches of the trout water and the more popular middle river has been pretty dry of bugs.  Through the weekend there should be bugs throughout much of the Au Sable.  This makes this report almost the same as last week’s report, which means last week’s report was inaccurate, and I apologize. 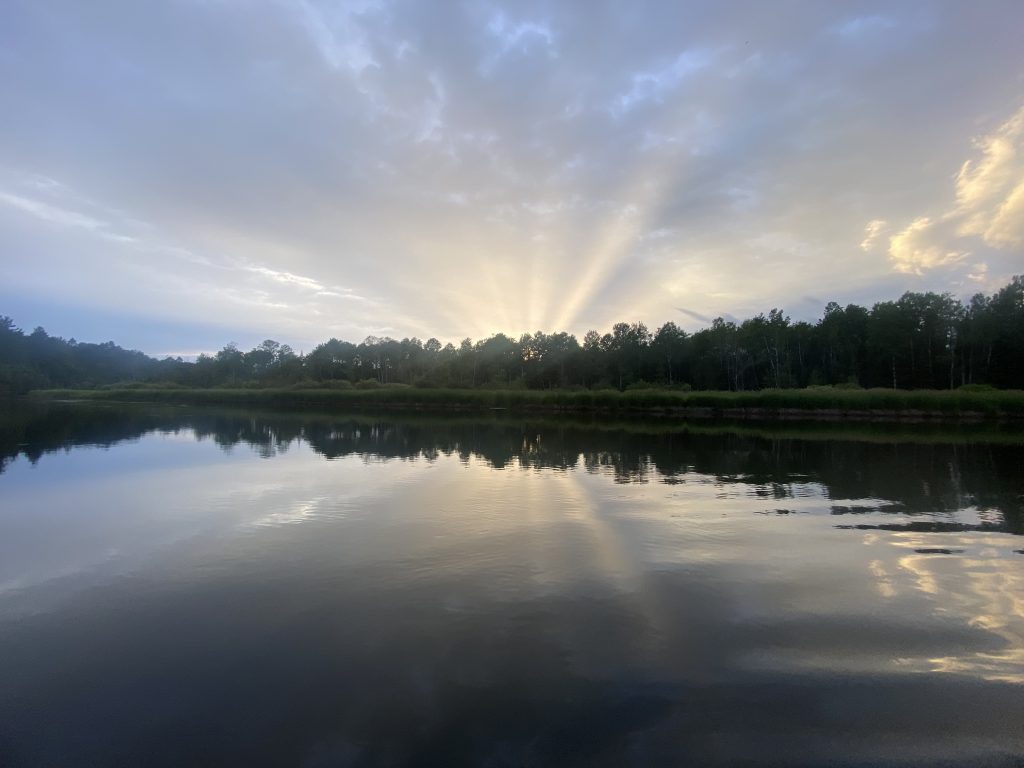 It’s a very busy time of year — the busiest week on the Au Sable.  Be kind to each other’s space and keep it as kind as can be.  My friend taught me years ago it’s better for both boats if you, at anchor, shine a light to show the other boat where to go.  It’s faster for you to get back to fishing, and easier for the passing boat to get down river.

Enjoy the hex season, both the swings and the misses.  If you need commiseration, our shop is open 7 am – 7 pm, 7 days/week.